I can finally be who I want to be

It is best to catch dyslexia early.

But even in high school, it is NOT TOO LATE to greatly improve their skills — which will change their entire future.

A high school student gave me permission to share this talk that he gave at a fund raiser for his private Christian school in Idaho.

My name is Michael Warner and I am the first student at this school to fully complete the Barton Reading & Spelling System.

Before I knew that such a program existed, I endured many different types of special education plans and teachings. All, however, failed. After enduring nine years of mental, emotional, and social abuse due to my dyslexia, I came to this private school.

For the first time, I wasn’t only trying to match my mental capability, but to exceed it. I say this with my own choice of words… with no help whatsoever.

Although I never thought it was possible, I remember dreaming of the day that it would just click and I would just get it…although it was never coming.

Just to give you an idea about how much I have learned from the Barton System, I have in my hand my FCAT scores. For those of you who don’t know, it is the Florida version of the WASL. In reading, I got a one.

According to that score, I had the equivalent reading level of a third grader. I was in the ninth grade when I took this test. A freshman in high school! Tell me that wasn’t emotionally damaging…a third grader! That test told me that in reading and spelling, I was close to mentally retarded.

My public school in Florida would not let me be in college prep classes. They tried to control what I learned so I would become a construction worker because they thought I was too stupid to do anything else. Everything around me told me I would never measure up to anything.

Then I came here. You found out I had dyslexia, and put me in the reading program. Halfway through that program, students were clapping for me in the middle of class because they could see how much I improved. That shows you the spirit of the students at this school.

After two years here, I wanted to become a programmer. So I had to leave and go to Newport High School to take the classes I needed. Do you have any idea what it feels like to finally pursue your own dreams?

So I went to Newport last fall and I took the WASL. One try and I passed everything — reading, writing, everything.

Some students take three or four tries to pass it, and they take special classes in order to pass it. I passed it on the first try.

I’m here to say how much this private school has changed my life. All I can say is thank you. I can finally be who I want to be. 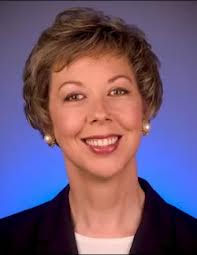